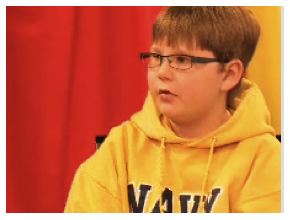 If you could take one thing with you to heaven, what would it be?  That was the culminating question during the message at my church this weekend.  It was asked a few times.   Once during the intro, in the middle and finally at the end.  So, I had most of the 35-minute sermon to carefully consider my response.  What would I take?  The initial rendering sent my mind searching for the best item I could think of.  I had gotten distracted from my quest a couple of times but each time the question was re-posed it jump started my delving again.

I own more things than I need and have a lot of really great stuff to choose from making this a hard question to answer.  Of course I thought of my immediate family but knowing their spiritual condition took them off of the option list pretty quickly.  I have a great dog too, Jazzy.  But because I know that there will be animals in heaven maybe she’ll be there anyway.  I guess I’ll keep her on the list – for now, just in case.

Because I love music, I also thought of an acoustic guitar.  I even rationalized that an acoustic would be better than any electric guitar because to get the most out of an electric guitar you need an amplifier.  And, I was being asked to consider bringing only one item.  I have a great Seagull guitar that I wouldn’t mind taking but there’s probably better guitars in heaven anyway.  I hear there’s a lot of music up there and maybe even a Super Guitar that plays itself.

I thought of my iPod.  Not for the more obvious reason of music but because it stores pictures.  I could literally load it up with hundreds, even thousands, of pictures of my family and have them for eternity.  But an iPod is dependent on electricity to charge its battery.  Would I be able to charge it in heaven?  Man, this was getting tough.  Are we going to need anything in heaven anyway?

Near the end of the service I watched a three-minute video of a ten-year-old boy being interviewed about his thoughts regarding heaven.  I laughed and was impressed with the young lads wit and candor.  I actually know him quite well so I wasn’t surprised at his well expressed views about heaven until he was asked the same question I was asked.  ‘If you could take one thing with you to heaven, what would it be?’

If the audience had a collective jaw, it slammed to the floor.  And, stayed there for a long time.  I suddenly felt small.  His answer was a solar system away from my selfish considerations.  I had spent the last 35 minutes thinking about everything except the most important thing.  Caleb, the 10-year-old boy, possessed more maturity and view of heaven that I’m embarrassed to say hadn’t even crossed my mind.  His answer was given without even a moment of deliberation, “I would bring the person I love most that hasn’t given their heart to Jesus.”  Profound and appropriate.  What a great lesson…